The Thorne family can trace its farming ancestry in Devon for hundreds of years and Anthony Thorne was definitely born with the farming bug. He has a great love of the red soil of mid Devon and the fabulous scenery that he lives and works in.

He started growing strawberries on this site in 1986.The business has since developed into growing a wide range of soft fruit and vegetables over an area of 125 acres in the local parishes around Stockleigh Pomeroy.

Overlooking both the River Teign estuary and the rolling Tors of Dartmoor this fabulously fertile land produces some of Devon’s finest crops of vegetables.

Expertly grown by Malcolm Luscombe and his son Jason they find this hilly terrain ideal for some of the best vegetables all year around!

Here at Devon Fresh we love this produce and the fact its so close means we keep our Carbon Miles to a minimum whilst helping support the local economy. 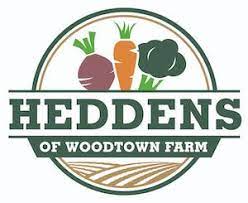 Our newest local supplier, from North Devon they too deliver boxes to the local area, but they also grow some amazing produce and have a fantastic on-site butcher who now supplies us some amazing meat from their own farm.  Less carbon miles and full traceability means you are guaranteed a high quality product with the reassurance that it is 100% Local.

“Lloyd Maunder was born into a large family in Witheridge, Devon in 1873.  In those days it was quite common for farmers to kill their own livestock and sell through local butchers.  Lloyd was therefore born into a family tradition of meat production and he formed his own company trading wholesale meat in 1898.

The company grew rapidly supplying a major family business in London. Percy (Andrew’s Grandfather) and his brothers, Venn and Ivan, joined in the business and were largely responsible for the rapid growth. They felt that with the knowledge gained with trade the company should develop a local retail side as well.  This started in 1913 with a shop in Tiverton and was followed by Paris Street in Exeter and to this date Lloyd Maunders Butchers is currently made up of 12 shops across the south west.

The shops were run successfully for a number of years by Andrew’s Uncle, George Maunder.

Andrew, who now owns the Lloyd Maunder Butcher and Deli shops, is the great great grandson of the founder of the company. He continues the tradition of sourcing his meat from local farmers and is delighted to be able to trade with farmers who we have had a long standing relationship spanning through many generations.”